My Thoughts On Veggie-ism, No.6 Will Really Get You Thinking. 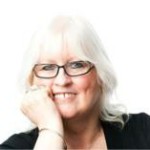 I’ve been having some profound thoughts about the way the World is going with regard to our eating habits.
Here are a few of them.

1. If a lovely rosy cheeked cuddly lady who had just had a baby and was producing loads of milk offered you some, what would you say?
You’d say no thank you, I’m sure, yuk, the very thought of it.

Yet people don’t balk at drinking milk from a cow!

2. Why would you never eat a cat or a dog yet you would eat a cute little lamb or piglet?

4. If you had chickens and they lived a lovely life and after laying their eggs they left them and did not incubate them, would you eat the eggs?
Personally no, but if you don’t like the thought of the eggs rotting on the ground then ………..
Then again why would you keep chickens?

5. All this nonsense about sell by dates. When we finally get rid of plastic packaging we will have to make our own decisions as to how long we keep our cabbage or avocados and I believe that it will create a lot less waste. How often have you binned something because of the sell by date even though it still looks OK?

6. It makes me mad when chefs talk about respecting the animal.
They’d say, “I’m using every part of the animal, you must respect this beautiful animal”.
Yeh right, how would you like to be treated when you die? A cremation or burial with a lovely service afterwards and people paying their RESPECTS or to be respectfully cut up and eaten?

7. I am so glad that the stigma to being Vegan or Vegetarian has gone. I remember many years ago a famous comedian, Jasper Carrot used to do a sketch about vegetarians. He would say,
“Why is it that vegetarians hug trees, drive Citron 2CVs and wear socks under their sandals?”. Hah Hah!

Let’s face it, these days it’s becoming quite cool to be Vegan or Vegetarian, many, many, many famous celebs are doing it.

And there’s more courtesy of Wikipedia:

I am an artist, a vegan and a Tarot Card reader. I am passionate about animals and love doing pet portraits. I work digitally using an iPad Pro and an Apple pencil. I am an Etsy shop owner where I sell my art works.

Why my old kettle is my friend and other thoughts.

I am one of the lucky people who grew up in the crazy 60s, the time of sex, drugs and rock and roll, although I was more into flower power than the drugs bit. These days I'm, very much, into my digital drawing using the Ipad Pro and apple pencil. I have been a professional Tarot card reader for over 20 years. I am vegan but please don’t hold that against me. I’ve got blue streaks in my hair and my favourite TV program is Inkmaster so I am a bit of a hippy/rocker. Don't get me wrong, I am not into carpet bags and dirty finger nails, I do like my French manicure and Harrods handbag, which is blue to match my hair. John my partner is a singer and has been in a few rock bands in the past and still does the odd gig.

I am a Digital Portrait Artist, a classically trained chef, a Tarot card reader and a food blogger.
Very passionate about art, books, The Tarot, cooking and everything food and I eat a cruelty free diet. Since changing my diet 10 years ago I lost loads of weight and felt wonderful and felt years younger. But now I am back to my old lazy self.

Now I want to change my life and help others to improve their lives with nutrition and skin care.

Food Not To Die For

Food Not To die For

I am a vegan chef and love to help people to transition to veganism painlessly by creating healthy vegan alternatives to favourites like burgers, sausages, cheese, cakes etc.

Go here for some great recipes.

Fruits, Veggies and Meats with their Calories

Why my old kettle is my friend and other thoughts.

How to make cauliflower steaks.

May 27, 2022 Patricia Sutton
This website uses cookies to improve your experience. We'll assume you're ok with this, but you can opt-out if you wish.yep, Gimme Cookies Read More

This website uses cookies to improve your experience while you navigate through the website. Out of these, the cookies that are categorized as necessary are stored on your browser as they are essential for the working of basic functionalities of the website. We also use third-party cookies that help us analyze and understand how you use this website. These cookies will be stored in your browser only with your consent. You also have the option to opt-out of these cookies. But opting out of some of these cookies may affect your browsing experience.
Necessary Always Enabled
Necessary cookies are absolutely essential for the website to function properly. This category only includes cookies that ensures basic functionalities and security features of the website. These cookies do not store any personal information.
Non-necessary
Any cookies that may not be particularly necessary for the website to function and is used specifically to collect user personal data via analytics, ads, other embedded contents are termed as non-necessary cookies. It is mandatory to procure user consent prior to running these cookies on your website.
SAVE & ACCEPT
Loading Comments...